Report a swooping magpie to Council

When some species of native birds have eggs or young in the nest, they can become protective and may swoop people entering their nesting territory. The breeding season for most swooping birds is July to November, peaking between August to October. Native species most commonly known to swoop includes magpies, plovers, crows and butcherbirds. It is a serious offence to harm or interfere with native Australian birds, as they are protected under Nature Conservation Act 1992.

If a bird swoops you DO NOT fight back, throw sticks or stones, or yell at the bird as this will make the magpie more aggressive.

The best way to avoid being swooped is to:

How to change the map to satellite imagery:

How to add a swooping bird point:

The Torresian Crow is a native Australian bird that plays an important role in natural pest control, preying on insects and mice around crops, woodlands and suburban gardens. Crows also help to remove roadkill and disperse native seeds.

The availability of food scraps in residential areas can sometimes encourage crows to become dependent on artificial food sources, which may increase their numbers unnaturally and create a nuisance.

Take the following measures to ensure noisy crows don’t become an issue in your area:

Remember crows are protected under state legislation and it is illegal to harm or kill crows or interfere with their nests or eggs.

Flying-foxes are winged mammals that feed on the nectar, pollen and fruit from a variety of native and introduced plants. As such, they play an important role in flower pollination and long-distance seed dispersal. These social animals roost in camps that are important resting places, along with mating and the rearing of young.

Habitat loss and the resulting lack of food and shelter has led flying-foxes to roost and forage in urban areas. Human-Flying-fox conflict may arise because of issues such as noise, odour and droppings.

Flying-foxes are protected under the Nature Conservation Act 1992, however local governments have the authority to undertake roost management within defined areas. There are a number of factors to consider before taking management action, including the likelihood of the roost relocating to a site of greater conflict. 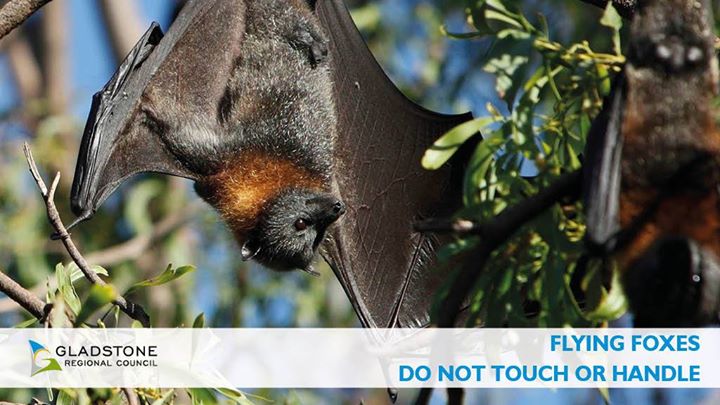 If you find a dead flying-fox on Council land, contact Council.

Health related information regarding flying-foxes can be found on the Department of Environment and Science and Queensland Health websites.

Snakes play an important role in natural environments, helping to regulate populations of prey animals and maintain healthy ecosystems. All snakes are protected under the Nature Conservation Act 1992 and cannot be killed or taken from the wild, unless by a licensed snake catcher.

Land clearing and urban development has led to an increase in snake encounters. You can minimise the likelihood of encounters by making your home and backyard an unsuitable snake environment by keeping your yard free of timber and debris, lawn at a low height and your windows and doors screened.

When outdoors, protect yourself from snakes by wearing covered shoes and long pants, stick to formed paths and carry a snake-bite kit. When left alone, snakes pose very little danger to people; most snake bites are received by people who try to capture or kill a snake.

More information can be found on the Department of Environment and Science or by phoning 1300 130 372.

There are a number of commercial snake catchers that operate in the Gladstone Region. Contact details are provided for the benefit of the community, it is the responsibility of the customer to ensure the applicable licenses and insurances are valid and a cost may be incurred.

In their natural environment, possums usually live in tree hollows but with the loss of native bushland many of these natural homes have been destroyed. Being highly territorial, possums do not relocate easily and so they sometimes seek safe shelter in your roof. Under Qld legislation a possum can be trapped if the person has a damage mitigation permit to remove and relocate the possum, however a trapped possum must only be moved a maximum of 25m.

Please note:  Council does not issue cat traps for the purpose of trapping possums.  Possums are a protected native animal and a permit is required for trapping.

For more information about living with possums, please contact the Department of Environment and Science on 1300 130 372.

During the months of April and May, it is not uncommon to see long processions of what people commonly refer to as 'Itchy Grubs' (ochrogaster lunifer) marching head to tail as they search for new food sources. These grubs mainly feed on various species of wattle.

They build nests at the base of food source trees or in the canopy. Prior to winter the grubs burrow into the ground and emerge in summer as bag-shelter moths. If you encounter these grubs, do not touch them as their hairs and the white powdery scale that they produce in nests can cause dermatitis and allergic reactions such as red swollen skin rashes.

If you find a nest that is causing a problem in a park or other public area, please phone Council.

For other wildlife emergencies and enquiries, please contact the Department of Environment and Science on 1300 130 372.

The Gladstone region is home to four of the world’s seven species of marine turtle. These turtles come ashore to nest on sandy beaches throughout the region from November to March.

If you come across a nesting turtle, be respectful and patient, as turtles are timid and easily disturbed. Turn off any lights, do not use a camera flash, and give them plenty of space to complete the egg laying ritual which may take several hours.

Once a turtle has laid her eggs, the nest is incubated for approximately 6 weeks, after which the hatchlings will emerge as a group. Hatchlings use the lowest bright horizon to find their way to the ocean. Once in the water the turtles are carried out by the tide and waves to the open ocean where they spend up to 10 years before returning to shallow waters.

Take the following steps to help protect nesting turtles and their habitats: