Councillors, Executive Officers and all other employees

The Gladstone Regional Council sail shape logo is distinctive of a region that borders the ocean. The sailing and boating industry in Gladstone is key to the regions prior success and future prosperity. The main three elements in the sail device symbols the bringing together of the three existing Councils into one cohesive unit.

The sail element is positioned to create the impression of forward movement, symbolising that the new regional council will be progressive and will take its region forward. A ‘G' device is seen reversed out of the sail shape consolidating the design.

The logo has used colour to represent features of the region. 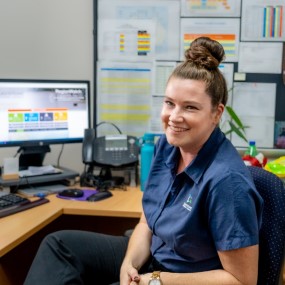