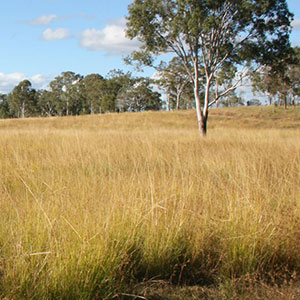 Biosecurity is an issue that affects everyone, not just residents living in agricultural areas, and Gladstone Regional Council wants to hear from you.

Council’s current Biosecurity Plan expires at the end of 2020 and residents and landowners are encouraged to contribute to the new plan from 9-26 September.

Community engagement will be conducted through various means including online and hardcopy surveys, and in-person community information sessions at various locations.

“The plan sets out key objectives and priority actions that are unique to our region,” Councillor Cameron said.

Cr Cameron said biosecurity was an issue that impacts the entire region, not just residents living in agricultural areas.

“The benefits of biosecurity control can range from protecting our native flora and fauna to the quality of our waterways including the Southern Great Barrier Reef,” Cr Cameron said.

“Failing to protect these natural assets can have a flow-on effect that can potentially affect tourism and business.

“The new Biosecurity Plan currently being drafted has been informed by a significant amount of research, alignment with the Biosecurity Act 2014, consideration of emerging priorities and customer service requests and feedback.

“It also forms the foundation of Council actions which includes control of land, community education and awareness, and compliance and enforcement of the act within the region.”

Cr Cameron said access to online and hardcopy surveys, and the ability to RSVP to one of the community information sessions, will be made available via Council’s Conversations platform.

“Residents can also RSVP by phoning Council’s Community Engagement Centre on 4976 6300 and pick up a hardcopy of the survey at Council offices and at selected shops, produce and general stores,” he said.

“Prizes will also be on offer for survey participants with one of five native plants provided by Tondoon Botanic Gardens available to win.”

Once the final draft is complete, the Biosecurity Plan 2021-2025 will be adopted at a General Meeting of Council later this year.

Please visit https://conversations.gladstone.qld.gov.au to have your say.