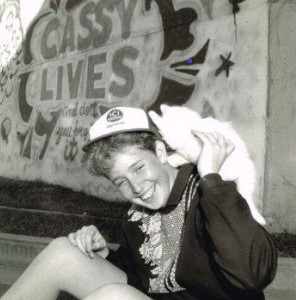 Gladstone Regional Council (GRC) will undertake its second round of community engagement on the upgrade of Cassy Lives Skate Park from this week.

The upgrade works, funded by the Queensland Government’s COVID Works for Queensland program, are estimated to cost $325,000.

Stage one of community engagement took place last year with 70 contributors who completed surveys or took part in the design workshop held in November.

Gladstone Region Councillor Darryl Branthwaite said the intention of this next period of community engagement was to better understand the community’s needs, concerns and preferences before making a recommendation regarding the proposed upgrades.

“Given the response received from Council’s first period of community engagement, we’re expecting plenty of interest and conversation to be generated regarding the three design options,” Councillor Branthwaite said.

“Respondents outlined their preferences and priorities regarding what features they’d like to see with the upgrade and that vision has now transferred into the available design options.

"By logging on to Council’s Conversations platform, or visiting one of the pop-up stalls, the community can have their say on this project.”

Cassy Lives Skate Park is named after Cassy Jones, who sadly passed away from melanoma, aged 14, on 1 August 1990.

Cassy was a vivacious, quintessential Australian with a playful sense of humour and a big heart who loved her family and friends dearly.

In her last few months, Cassy set out to increase awareness of skin cancer by starting a campaign with the Queensland Cancer Fund (now known as Cancer Council Queensland) which resulted in several people writing to her and her family saying that they were able to have melanomas and skin cancers removed because her message was so strong.

The lodge provides accommodation for cancer patients and their families who must travel to Brisbane for treatment, Cassy's fund allowed the lodge to build an extra unit.

Cr Branthwaite said Cassy’s family were consulted prior to the first stage of community consultation.

“Cassy’s mother and brother were consulted regarding the legacy of Cassy, what information they would like shared with the community and their expectations regarding the upgrade,” Cr Branthwaite said.

“The family were happy for us to share Cassy’s story and pleased to see the skate park was getting an upgrade.

“Gladstone City Council, now Gladstone Regional Council, supported Cassy by naming a local park near Briffney Creek in her honour. “In 1996, within the park, Council constructed a skate park, which is still fondly known as the Cassy Lives Skate Park.”

Please visit https://conversations.gladstone.qld.gov.au/ for more information on the Cassy Lives Skate Park upgrade and to participate in the next stage of community consultation.