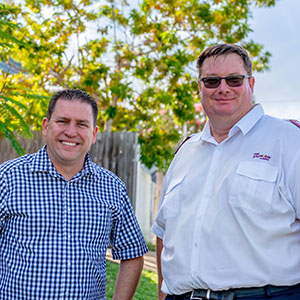 Expressions of interest are now open for eligible Primary Producers to apply for the Gladstone Region Drought appeal funding.

Applications close by close of business on 12 August 2020.

The appeal raised $40,000 after closing at the end of February 2020, with $32,000 coming from GRC, Gladstone industry and the community, and $8000 coming from the Gladstone Branch of The Salvation Army.

The Super Rugby game generated the largest amount of funds, with $15,621.75 coming from ticket sales and tin donations.

Gladstone Region Mayor Matt Burnett, who launched the appeal, thanked the generosity of the Gladstone Region community, the businesses who contributed and The Salvation Army for their support.

“The response to the Gladstone Region Drought Appeal has been fantastic, and thanks to the generosity of the community, we have been able to raise a considerable amount of money that will assist our valued primary producers,” Councillor Burnett said.

“The Gladstone Region was drought declared on 1 May 2019 following a substantial decline in rainfall, but despite some encouraging falls in January and March 2020, conditions on the land remain challenging.

“In order to aid our friends on the land, Council is encouraging eligible primary producers located within the Gladstone Region to express their interest in accessing a portion of funds raised for the appeal.

“This expression of interest window is now open and will close by close of business on 12 August 2020 (extended from 31 July).”Cr Burnett said the grant amount was yet to be decided, with a figure to be determined based on the number of expressions of interest received by eligible primary producers.

“The Salvation Army have very kindly supported Council and will undertake the application and grant allocation process and have committed to a series of dates to connect with primary producers across the region,” he said.

“Following the expression of interest process, applicants must attend one of the scheduled Drought Appeal Roadshow events to receive funding.

“The expression of interest application must be completed to receive funding and applicants must bring proof to the Drought Appeal Roadshow to support their eligibility.”

Expressions of interest are to be submitted using the online form or by emailing the PDF version to info@gladstone.qld.gov.au by close of business on 12 August 2020 (extended from 31 July).

The Drought Appeal Roadshow will be held at five locations across the Gladstone Region: