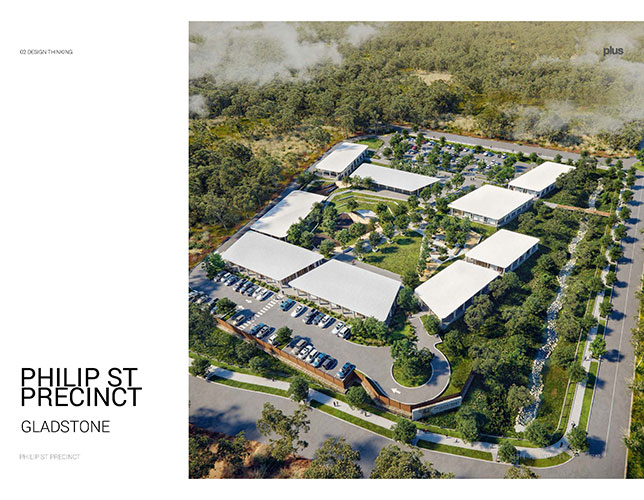 More than 14,000 cubic metres of dirt has been cut, filled and compacted at the Philip Street Communities and Families Precinct to date, marking the first major milestone for the project.

More than 14,000 cubic metres of dirt has been cut, filled and compacted at the Philip Street Communities and Families Precinct to date, marking the first major milestone for the project since shovels hit the ground in January.

Excavators, compactors, graders, dump trucks and scrapers made up just some of the machinery used in the initial stage of the project, overseen by local company Blomfield Excavations.

This water was used in the construction process via moisture content control for earthworks compaction and to also supress dust.

The ‘cut to fill’ milestone is the first official construction milestone within Stage 1A of the project, with the next milestone to involve the installation of water, sewer, electrical, stormwater and telecommunications infrastructure.

Gladstone Region Mayor Matt Burnett said he was pleased with the progress being made at the Philip Street Communities and Families Precinct.

“It’s fantastic to see the precinct taking shape with the completion of this first major construction milestone,” Councillor Burnett said.

“Motorists who commute using Philip Street may have noticed the precinct changing shape since January and the Department of Transport and Main Roads has maintained the 60km/h speed limit while still keeping all safety controls in place during this time.

“Council is also encouraging potential organisations to keep a lookout on the LG Tender Box as in the coming weeks we will seek Expressions of Interest from retirement and aged care providers to gauge market interest in the potential to build, operate and maintain a facility adjacent to the Precinct.”

Stage 1 of the Philip Street Communities and Families Precinct has been funded by the Australian Government’s Regional Jobs and Investment Packages, Gladstone Regional Council and the Gladstone Foundation, in partnership with The Salvation Army.

“The delivery of this precinct is truly a combined effort and together with our funding partners we look forward to delivering a facility that met the needs and aspirations of the Gladstone Region,” Cr Burnett added.