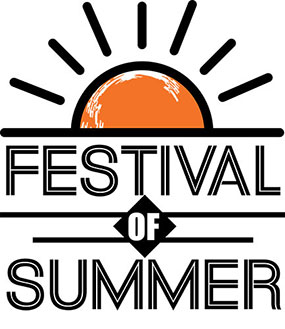 Like a refreshing cold drink on a hot day, Council’s new Festival of Summer quenched a thirst for about 2500 of the Gladstone Region’s youth last week.

Gladstone Region Mayor Matt Burnett said organisers were thrilled with the response to the event, which took over from the original SUNfest.

“We were excited to receive such an enthusiastic reaction to this new approach, but will be looking for comments and suggestions during the official Youth Week in early April,” Councillor Burnett said.

“That feedback will help us develop an even better event for next year.”

For six days, young people flocked to ‘sold out’ Days of Summer events such as Gel Blasters, Learn 2 Surf and Kayaking at 1770.

Workshops such as Fly High Silks and Aerial; Paint African Sunset; DIY Succulent Garden; Botanical Watercolour and DSLR photography were also in the ‘sold out’ category.

About 2000 attendees came along to the festival’s opening which spread out along the Millennium Esplanade on Sunday, 12 January.

The crowd created a colourful atmosphere setting the tone for the week and it continued as the program unfolded each day.

Wet conditions caused the inaugural Festival of Summer Sounds event to be moved from Marley Brown Oval to the Gladstone Entertainment Convention Centre (GECC) on Saturday night, bringing the week of activities to a close.

The Festival of Summer will be back next year with a bigger and better program, so keep an eye on social media for updates.