At Council Meetings on 20 March 2018 and 3 July 2018, Council resolved to partner with North Burnett Regional Council and apply for a fully funded feasibility study for a Reids Creek (Gayndah) to Taragoola (Calliope) Rail Trail.  100% funding was received from the Department of Transport and Main Roads under the Rail Trail Local Government (RTLGG) program.  Gladstone Regional Council (in partnership with North Burnett Regional Council) commissioned Mike Halliburton Associates to undertake the feasibility study.

During the project, an Interim Report was submitted which recommended three smaller trails be further investigated for the final Feasibility Study rather than the entire trail.  These trails were:

Two of the three trails are within the Gladstone Region area, those being, the Awoonga Lake Rail Trail and the Kalpower Tunnels Rail Trail.

Council at its 19 March 2019 General Meeting resolved to: 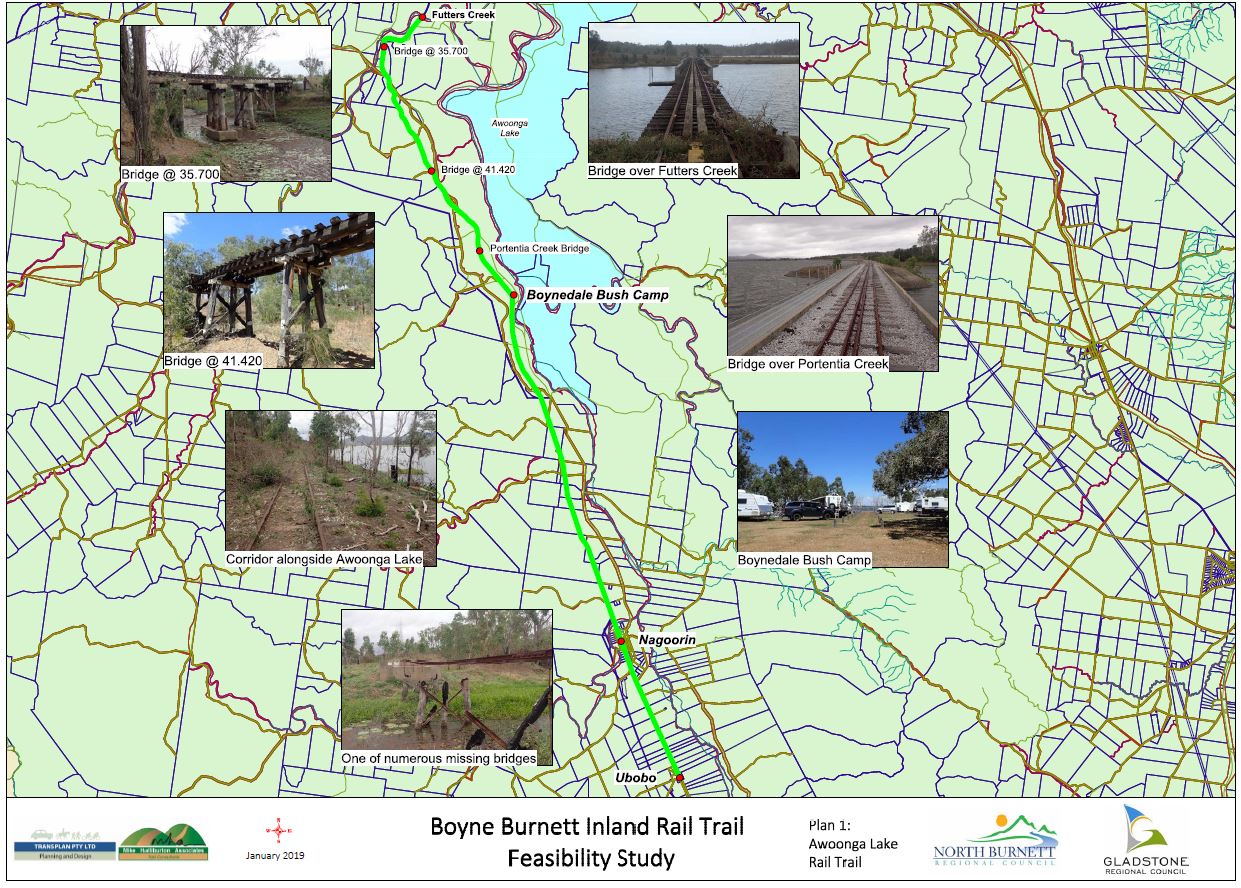 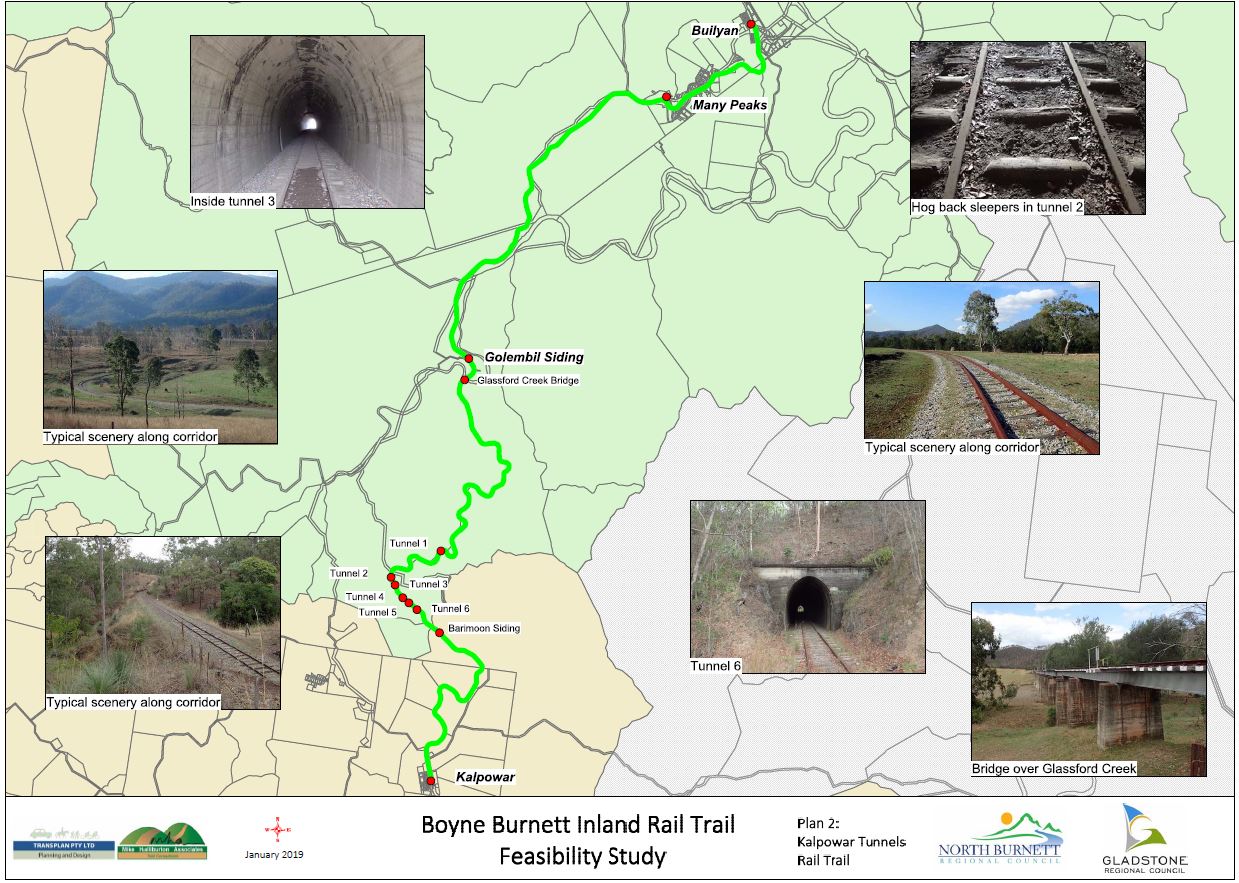